Skip to content
Reading Time: 2 minutes
Every day am writing that Bay of bengal wing of monsoon is active and Arabian sea wing is weak, you might be wondering how weak and how strong. Today I will give you the statistic that will give you a clarity. Last 24 hours till today morning India got 7.1mm rain vs normal of 9.3mm which is a deficit of -24%. If you look at the Bay of bengal wing of monsoon that gave a excess of +30.6% whereas Arabian sea wing was at a deficit of -78.8%. This gives you clearly how bad the situation is as for as Arabian sea wing is concerned. The total seasonal rainfall is at 554mm vs normal of 571mm which is 97% of LPA. South India is at 84% LPA and the 2nd worst is Central India which is now dropped to 94% of LPA. Eastern India has improved to 102% and North west India is at 106%.
Looks like only Hyderabad city is getting rain in Telangana. Last 24 hours ending at 2.30pm today Hyderabad on an average got 30.7mm rain which is +347% more than the average. At the same time the entire Telangana is at a deficit of -70%. That clearly explains the scenario.

Following is the rainfall located in 6 different observatories in Hyderabad city.

Golkonda 41.2mm
Saroornagar 21.2mm
Begumpet 20.6mm
Hakimpet 9.2mm
Hayatnagar 5.8mm
Shamirpet 5.4mm
Rainfall is scanty in Telangana. Except Hyderabad and Medak every district in Telangana got deficit rain. Karimnagar, Khammam and Warangal got more than -90% deficit rainfall. Telangana on an average got 2.8mm vs 9.3mm which takes the total to 396mm vs normal of 470mm which is a new record deficit of -16%. This -16% deficit is the highest this season so far. Hyderabad now stands at top of Telangana overtaking Khammam as district with highest rainfall.

Following is the deviation percentages. 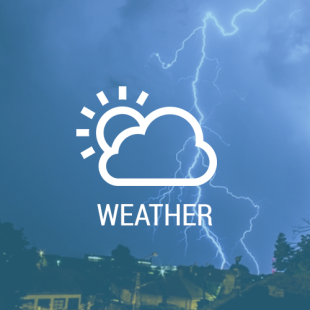