Life is all about learning new things and becoming a better version of oneself. We as humans are blessed with emotional thinking and the power to dream. This is both a negative and positive trait that is enjoyed by no other species on this planet. One always searches for ways to become successful for which he or she reads books, observe people, listen to people and set a role model.

In reality, we don’t need anybody to keep us motivated and passionate. Nature by itself is the greatest guru and it teaches uncountable lessons. Life will present infinite problems to you; nature will give you solutions for all those issues. From the limitless lessons we can learn from nature, here are the ten elements that will act as 10 teachers.

All of them are from nature. They are:

Mother Earth or Bhu Devi is the only planet known that supports life. Earth teaches us the trait called ‘patience’. This is because the earth goes through immeasurable pain through various human activities like ploughing, drilling, digging and innumerable acts. Bharat listens to Vishwamitra and asks ‘Why one needs to have so much patience? Vishwamitra says ‘If you don’t have patience, you cannot understand the feelings and message of the other person. You will be blinded and see just one side. Patience will bring the element of calmness and help you in listening to another person without any bias’. He also says, ‘People generally think that those with patience are weak and helpless. But that’s not true. Patient people have the power to remain tolerant and accept others points. This is the only way to deal with things. You don’t have to change your belief system for the sake of others. But you need to listen and be relentlessly good listener’.

Water: Next element in nature to teach us an important lesson is Water. The Source of water is rain. Rain is a cleanser. Rain falls everywhere and also places which are dirty and cleanses it. Vishwamitra says ‘We need be the person to clean the unscrupulous, bad and damaged souls.’ There are both clean places and dirty places in this world and Rain without any bias touches both of them. Just like how Rain falls everywhere and purifies the places, a king needs to be the one with the quality of purifying people’s thoughts fulfilling their aspirations.

The third element is Wind and it teaches us Impartiality. Vishwamitra says ‘Wind moves in all the directions without any restrictions or favouritism, a King has to be similar to Wind. Whether it is poor, family person or any other person, the rules, justice, schemes and policies should be the same.

The fourth key element as per Vishwamitra is Fire. Vishwamitra says ‘Fire is the first element that we use in all our rituals. We use fire as the practice of ‘Sacrifice’. Fire burns the evil energies and turns them into ashes. The other way of looking at it is, Fire burns and illuminates. So, King or any individual should be willing to burn in the fire of knowledge to illuminate people’s lives.’ In simple terms, we should be able to share our knowledge and bring awareness to people. 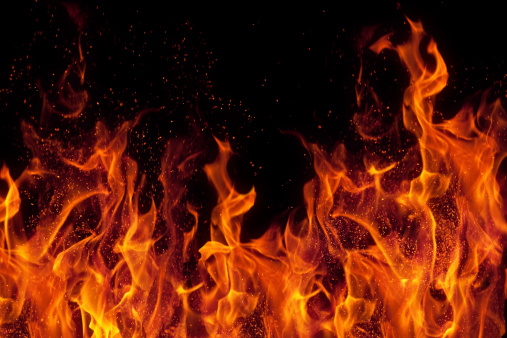 The fifth important element is the Sky. Vishwamitra says ‘Sky is the protector. It protects us from evil forces coming from outer space. Unwanted elements try to come to our place from outer space but they are stopped only because of the Sky’s force. A King also should be like Sky, the one who sits on the top and protects every individual in the Kingdom from the attack of external forces. He has to be the first protector.’

The above five are from the Pancha Bhoothalu. Now we move to the next five gurus from nature…

Sun is the ultimate source of energy for every being on this planet. There are two key events connected with Sun every day. They are Sunrise and Sunset. In both, Sunrise is considered to be most effective and something that drives positivity. Sun sustains life on earth. Vishwamitra says ‘King should be like the sun. He should be the epitome of positivity. King must preach and practice optimism. Thus King should be like the Sun to his people and the Kingdom.

The seventh element is Honeybee. Vishwamitra says ‘Honeybee is one of the few species on this planet which works tirelessly but not for itself. Honeybee teaches us the importance of hard work. The bee moves all around in search of nectar. It collects all of it and stores it. Before it can consume, it dies. In my view, King should believe and enjoy working hard. Nothing comes easy and the King should be the leading from the front and take everything as it comes without giving up.’

The Elephant is a huge mammal that is known to be the strongest and largest living animal. That’s the physical appearance of an Elephant, the other trait of an Elephant is the ‘Memory’. Vishwamitra says ‘King should be like an elephant. Even though King is busy with hundreds of things, he should never forget anything. He should remember every activity and action of every individual.

Fish is known for swiftness and the ability to escape from the clutches of the fisherman. Vishwamitra says ‘Just like the way Fish has the power to get away from the capturers, King should also be prepared for crisis. King should have the cleverness to come out of the capture of enemies. The fish trap is net, but for the King, it will be emotions and the army trap. So, King has to master the art of getting out of the Traps and master escaping’.

The tenth element according to Vishwamitra is ‘Caterpillar’. Vishwamitra says ‘Caterpillar does look ugly sometimes. But it has the power to transform. This insect can change its shape, skin, colour and evolve continuously. A King should also be like Caterpillar. He should evolve as per the situation and let go of the negative situations. For a King, there’s no teacher. Because Kingship is the ultimate authority and you should evolve and learn on his own.’

These lessons from Vishwamitra lay a very strong foundation for Bharat in his pursuit of knowledge and his education takes off from a perfect platform.