The Kurma Avatar of Sri Maha Vishnu set the stage for Sagar Manthan and we have seen how Goddess Lakshmi chose to unite with Sri Maha Vishnu. But after that comes Amrit. Amrit is a drink which possesses the power to give immortality to a person. Immortality doesn’t mean deathless, but it means those who drink it will be blessed with high power of knowledge and skills which in turn will be used to defeat the opponent in any kind of war.

Before we discuss the 3rd Avatar ‘Varaha’, we will discuss the episode of Sagar Manthan. This story is controversial to many as it’s filled with bias and selfish interest. But if you read it with a neutral eye, you will see that the Sri Maha Vishnu was right in doing whatever he did. Let’s go back to 11,000 B.C to 11,500 B.C, the time when this event happened.

Lord Shiva on the requests made by Devas and Rakshasas marries Daridra Lakshmi, the dark poison that emerges out of Sagar Manthan. In this case, marriage is just a connection, not something like his marriage to Goddess Parvathi. Shiva is a renouncer, a yogi and a Biragi. A person like him wouldn’t get married just like that. He did this act only intending to save nature from getting destroyed. Maha Shiva thus accepts to drink the poison and hold it in the throat, not allowing it to reach the Stomach.

Vedas depicting the story of this act and He gets named Neelkanth. Similar way, when Ganga was to descend to Earth, nobody had the power to hold her, only Maha Shiva has the power to withstand Ganga. Thus, Ganga stays and flows through the hair of Shiva. This gave him the name ‘Gangadhara’.

The battle between Devas and Rakshasas for Amrit

A ferocious fight between devas and rakshasas breaks out for the possession of Amrit. The fight continues for days bringing damage to both the sides, fearing mass destruction Rishi Munis go meet Lord Brahma for help.

Battle wasn’t just for Amrit, it was for power. The power of Amrit would make one among both a supreme leader. For many years there was a balance of power between Rakshasas and Devas. The balance of power was to get disturbed. Seeing things getting unfolded, Rishis strongly opposed the war and wanted to stop it soon.

Brahma then suggests Vishnu solve this issue as he was the one behind this problem. Simultaneously they went to Shiva for help.

This brings a Vishnu in a new form to earth. Vishnu takes the form of Mohini. Vishnu is the supreme god and the nurturer, can take any form. He can navigate between any gender. A beautiful lady dressed very little. Remember in those days people wore very fewer clothes. Mohini’s arrival suddenly changed the atmosphere, both Devas and Rakshasas kept staring at Mohini admiring her beauty. She then held the pot filled with Amrit. She said, don’t fight. I will share the Amrit equally between you both.

Her revealing dressing disturbs both Devas and Rakshasas. They are not bothered about Amrit. In this process, Mohini keeps pouring Amrit only to Devas. Rakshasas don’t guess the plot, by the time a rakshasa understands that something is wrong, the pot is almost empty. Knowing that Rakshasas got the plot, Mohini hands over the pot to Devas standing behind. Though Rakshasas start fighting, they fail to defeat devas as the frontline Devas had already drunk Amrit and have become powerful.

This marked the beginning of undisputed victories of Devas over Rakshasas. For very long time Rakshasas got battered in battle with Devas and many times they surrendered.

Maha Dev gets tricked and falls for Mohini

Right after the war and distribution of Amrit, Maha Dev who was watching all this along with Brahma falls for the beauty of Mohini. Shiva is Yogi, and he wouldn’t fall for anybody. But this is the Maya of Vishnu. Vishnu Maya pulls Shiva closer to Mohini and that results in an intimate relationship between both. The outcome was the birth of Lord Ayyappa. Lord Ayyappa is celebrated and worshipped as a Bramhachari in South India.

He was born for fulfilling an important mission and that was to kill Mahishi. Now you can connect why Sri Maha Vishnu had to get in relation with Maha Dev. Ayyappa is known to be a form of both Shiva and Vishnu, which were needed to kill demon Mahishi.

Finally, I said Ayyappa was a Brahmachari. He chose to be Brahmachari because he didn’t want to take his clan forward, knowing who his parents were. He took this decision. Even in the modern days, many people take up Brahmacharya and many cannot. Still, they want to be Bhakths of Lord Ayyappa, which is why the concept of Mandalam was introduced. 41 days period where the person is under Katik Brahmacharya before he could have darshan of Lord Ayyappa. 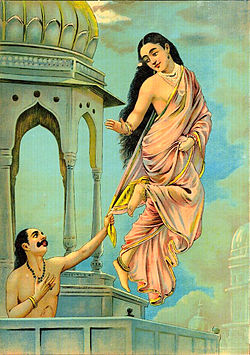 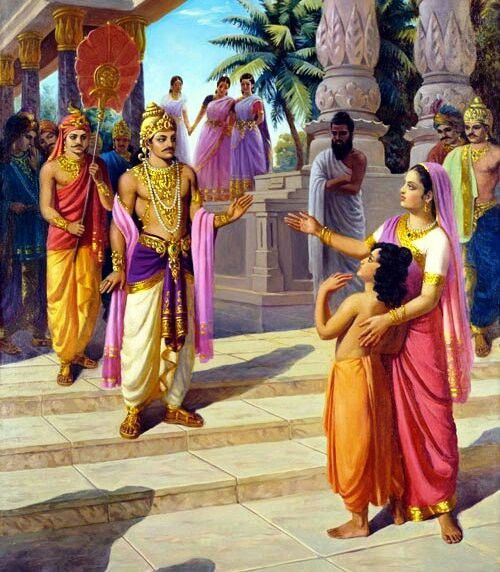 How can Dushyant even forget his marriage to Shakuntala? Who is to be blamed for his actions? 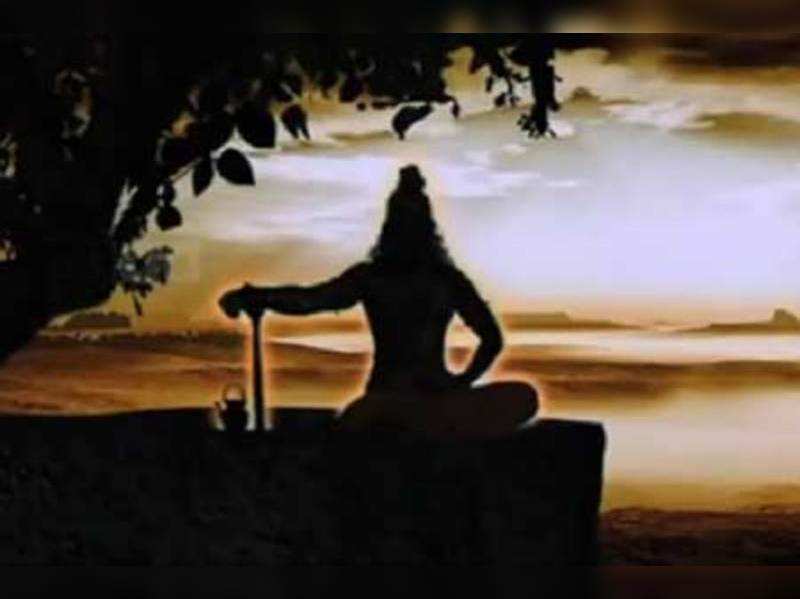 Nature created Kaushik (Vishwamitra) and Jamadagni, what plans does Nature have for them?