We are living our life, mentally and physically. You would be laughing if I ask you, are you living your life artificially? Let’s look at a scenario here: It was a warm and Sunny Sunday morning during summer vacation. Randhir a 7th class student had prepared all of the last night thinking how he would play cricket. He was too excited that he got himself a new pair of shoes and a brand-new bat costing him all together some thousands. To his utter despair, he was fast asleep and he missed the match as he was late by minutes. All his super-duper excitement, strategies and efforts to play went in vain.

Can anything be done from here to fulfil Randhir’s desire?

In real life, situations are presented on the events and nothing can change. So, technically nothing can be done. But technologically? Yes! something can be done. That introduces us to the World of Virtual Reality. Randhir is now a sad guy who’s unable to fulfil his dream of playing cricket. It is a real event that cannot be redone. But imagine with the advent of virtual reality is it impossible? No.

Firstly, virtual reality is a concept in which the person with the help of computers can interact with everything in a 3-dimensional environment. In other words, Virtual Reality is a simulated experience that seems real but it is not. A person can experience everything that’s under the sun and above the sky. So, with the help of virtual reality, Randhir can create a simulation experience of him playing the match at his own time, create scenarios that will help him to play match and score run, etc…

Now, Randhir is a much happier boy and his Sunday would’ve certainly gone well. What if I say, an advanced VR will take the person to the place he desires and puts him or her there? This is exactly the next big invention that engineers are prepping for. Virtual Reality is a huge invention with its relevance purely limited to games and sometimes on the battlefields both for training and real-time battles. VR experience is so very magical, that one will be pulled into the situation so deeply that he or she forgets the real world.

The world has moved from fire from rocks to fire through lighters, wheels to aeroplanes, telegrams to smartphones, letters to emails, physical games to billion-dollar worth gaming industries.

So much has changed in the world, especially after the invention of the Internet. The Internet has taken the countries from deep recession to good growth, from under-development to prosperity. This has been the progress of the Internet in the world. The next big thing, without a doubt, is going to be the virtual Reality’. If one gets a chance to travel around the world, experience the beautiful Niagara waterfalls, be part of the Super Bowl Final, enjoy the hottest beaches in the world and more, nobody will even think for a second. Most of us, maybe 99% will jump to use this facility.

All that changes with this new invention are that life will get easier. You will have all the freedom to choose if you want to make your life happier where things are in your control or live a life decided by fate. What you choose to do depends on what you believe. A rebirth in life or rebirth in-game… A life with the help of machines or life as a Machine…

Having said that… Virtual Reality will be the future and that’s definite.

Let me make a debatable statement. ‘I think we are going through a period that’s a mirror image of what we the ‘Mankind’ had experienced centuries ago. Putting aside how we make use of virtual reality, it’s a belief that the world of virtual reality is not new. There are books from Indian mythology or history that prove the civilizations in ancient India have witnessed and experienced something that is either engineering mastery or a miracle today.

When someone refers to ‘pushpak vimaan’, the only reply that comes from an educated brain is ‘are you fool’. Now the same educated and intellectual brains are finding ways to time travel, reach the moon, reach planets and more importantly creating virtual reality. The thing is there is an emotional bias of recency effect which will not allow mankind to accept anything that existed bigger than today.

Because it would hit those who have been working for a better future and more technological advancements. Whether we believe it or not, we as human beings will be experiencing technology at its next level in the coming years.

A lot of us, especially the elderly do not accept this and reject this reality. We have no choice. 100 years ago life without electricity, the internet, TV, the smartphone was very much a reality.

Today, these are essentials. What is in store for us in the next 50 years, can’t even be imagined. Will the world stop progressing because you are not ready for it, the answer is No.

Whether you accept or not, change is inevitable, technology will rule supreme and we are going to be puppets in the hands of gadgets…… Better accept this and make ourselves tech-savvy, than be left out and being called outdated!! 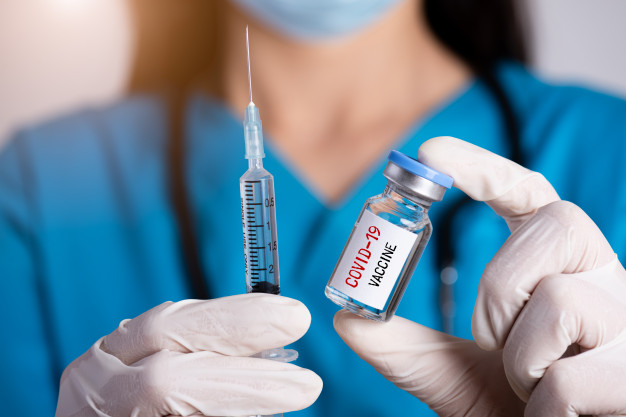 The biggest battle of the year 2021 is underway as the hunt for COVID19 vaccine is fully on!

Political correctness has become/been/will be the most difficult thing in India! #Politics #Elections

Give it up or Fight it out? Life is all yours, make a choice wisely!