The battle is all over. Arjun is dead and it’s a brutal death. His wife Manorama runs out of the palace to see her husband’s dead body. She is in unbearable pain. Not just the Queen Manorama, but the entire Kingdom is shell shocked. They are now without their King, the Chakravarthy is dead. The news which is difficult to digest…

Parashuram is content with the result. He feels his job is done and wanted to celebrate it differently. Ram visits a goshala and picks up a calf going along with him. He now starts his journey back to the ashram. Parashuram is moving towards the northernmost part of the Narmada River. The path to reach his destination is a bit long due to the presence of the Narmada River. In some time, he reaches the ashram. Things are completely different from what he expects. What he is witnessing is something he never thought of in his wildest dreams. Villagers are dead and the lanes are filled with bloodshed.

Parashuram understands things are not fine and he moves towards his home. He then finds Renuka fainted. He quickly sprinkles water to wake her up. As soon as she gets up, she cried out loud and is shivering with tears. She guides him to another room. Ram enters the room and he is stunned by the visuals. Jamadagni is killed and the head is missing from the body. Parashuram is in pain and anger. He raises his axe and asks mother what had happened? Mother says ‘King’s three sons have come and destroyed everything. They have chopped off father’s head and taken it off with them.’

The real villain behind all this violence and bloodshed = ‘Shukracharya’

Shukracharya used his black magic to see the battle between Arjun and Parashuram. As soon as the Kartivirya Arjun was killed by Parashuram, he reaches to his three sons and informs them about King’s death. Shukracharya fills venom in the three sons and spreads hatred. That results in the deadliest attack on the innocent villagers.

Renuka is crying and crying. Parashuram is only recalling his father’s words ‘Dear Son, Violence is not the solution for everything. Don’t fight…’ Renuka then tells him that the King’s sons have just left. Without wasting any time, Parashuram leaves the calf at home and rides the horse to hunt the sons. Within minutes, Ram finds the sons and in one minute he kills all three. Before the father’s head falls on the ground, he jumps and holds it. Parashuram then takes his father’s head along with him and finishes the funeral following the traditions. All the special people, including Kings and Vishwamitra, come to attend the funeral. Vasishtha is in the Himalayas.

Vishwamitra meets Parashuram personally and tells him the importance of having the right king. Because after Arjun’s death, the appointed deputies of the Kingdoms plan to declare independence. Parashuram asks ‘Guruji, in that case, what should be done?’ Vishwamitra says ‘You have to appoint someone like the King or You should become the king’. For which Ram says ‘I don’t want to be the King. That’s when Vishwamitra says ‘Ok fine… but right now more important thing is to do Ashvamedha yajna. This will establish you as the undisputed leader of the Kingdom. This will send a strong message to Kshatriyas who want to declare independence and stop them from doing it.’

As per the rules, the Ashvamedha Yajna is done only by the married couple. Parashuram is still unmarried. So, he cannot sit for the yajna. The next alternative is his parents. But we know Renuka is a widow. The next best couple is his grandparents Ruchik and Satyavati. Vishwamitra suggests Ram visit the Himalayas and convince his grandparents to sit for Ashvamedha Yajna.’

As suggested by Vishwamitra, Parashuram goes to the Himalayas and on his way, he meets Vasishtha. Vasishtha obliges and helps Ram in finding the location of Ruchik and Satyavati. But Ruchik isn’t ready to sit for the Yajna. Ruchik says ‘Oh Ram, I cannot do this because I have given up on worldly connections. You have to find an alternative and I suggest you check with Rishi Kashyap.’

Parashuram then makes his journey to the northernmost state of Sapt Sindhu.

Instead of the army, only Parashuram will go along with it. In one year, no King was able to defeat Parashuram. During this process, he kills 1000s of Kshatriyas. Finally, the Yajna is complete and on the day of completion, Parashuram looks 20 years older. His axe is dripping with blood. Mother Renuka is shocked to see him in this state. But she is happy to see her son coming back to the Kingdom, in whatever possible avatar.

To kill or not to kill the horse?

The first step is to bring the horse back safely after one year. The final step is sacrificing the horse. This is called ‘Bali’. The preparations are underway for the process of Bali. But there is one man who is standing against this practice. He is none other than the ‘Parashuram’. 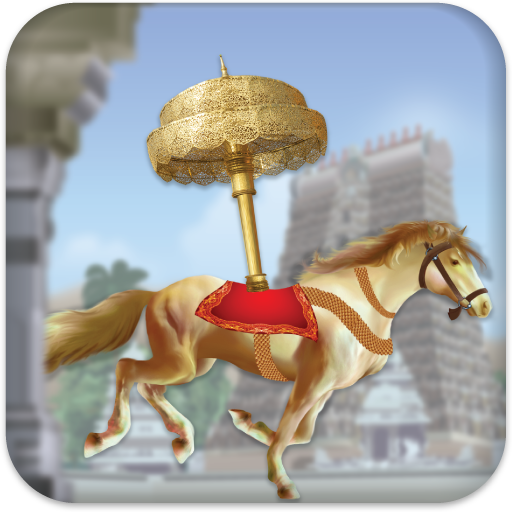 In the ancient days, there was never a differentiation between the food habits of the individual. Be it Brahmin, Kshatriyas, Vaishyas and Shudras. Though there are most preferred food items as per the Varnas. But there’s nothing wrong or sin if a Brahmin eats non-vegetarian. It was a welcome practice in the ancient days.

Rishi Kashyap has to complete the Bali process by chopping off Horse’s head. Right when Rishi Kashyap gets ready, Parashuram stops him. Parashuram says ‘I have killed have thousands of people because they were on the wrong side and committed sins. Historically also only unethical and wrong people get killed. This horse was used for the most sacred purpose. It is because of the horse that we brought back the order in the society. Think once and answer, why do we kill this innocent horse?

Why do we kill the innocent horse?

Parashuram continues ‘From now on, the tradition of Sacrifice or Bali will and should change. No ritual will have the concept of Bali and nobody will kill animals for the sake of sacrifice’

After Parashuram finishes speaking, Vishwamitra comes forward, bows down and falls on the feet of Parashuram. He says ‘You have brought the lost order and the life to the society. We were heading towards destruction and you changed it. It is only because of you this kind of order is possible. We are happy to see you do all that.

This way people present at the location and participants in the Ashvamedha Yajna praise the power of Parashuram and Vishwamitra declares him as the Vishnu!!