If you remember I was talking about the re-building starting from yesterday. What we saw was a 130 point big fall on Nifty and all those who read my post might be thinking that I was totally wrong. Not justifying myself, I still maintain that its re-building and it has started yesterday. I want you to look at the Nifty chart from 9.15am to 2.45pm and 2.45pm to 3.30pm. There were numerous occasions where Nifty went into positive territory till 2.45 and then it had a 100 plus point fall and it closed below 11150 mark. It was primarily news driven, on the news that China has retaliated and imposed taxes on 60 billion dollar worth imports from the US.

The point I wanted to make is, there was a large amount of buying till 2.45pm yesterday and the Q4 results of SBI, L&T, ITC etc were all good which means there was no reason for us to fall. Not only us the even US had worst day last night with Dow losing more than 600 points. But the fall has to end somewhere and everything that has to go wrong went wrong. From here, the statements can only be positive and that means we will recover. Yes, you might have lost a 100 points on a day which was supposed to end flat but all this are a part of the rebuilding process. Brent Crude is still hovering around 70 dollars trading at 70.4 dollars.

Coming to domestics, ITC delivered a good Q4 and that is a huge relief to many. FMCG volumes grew by 8% and Cigarette volumes also saw double-digit growth at 11%. Nestle is going to come up with its Q4 and everyone is expecting a good number from them. So, slowly the consumption worries are also getting limited. Yesterday the CPI inflation for April came at 2.92% vs 2.86% seen in March and 4.58% seen in April 2018. The good news is Food inflation which comes at +1.1% vs +0.30% in March, which means the rural distress is slowly ending and demand is returning to the agro sector. Another good news falls in services inflation to 4.6% in April from 5.2% seen in March. So, we have a clear case for a rate cut in June.

A very good day till 2.45pm which was ruined by China news and the last 45 mins saw a 130 point fall and that explains why were are at 11148 now from 11270 that we were in at 2.45pm yesterday. We have positions open in the market and I would advise you to stay away from the market and allow your positions to recover. Today, I guess would be a recovery day if Nifty decides to shrug off the negativity. Asia is weak so we might start our day between 11100-11130 mark and 200 dma of 11000 is the support for any fall. So, the maximum fall we can get is another 120 plus points. So, let the cleanup process start and keep yourself away from uncertainty and we will enter only when Nifty crosses 11280-11300 mark which is the resistance for this series 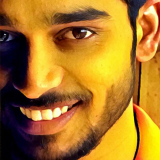 A Teacher trying to Learn new things and explore the world each day!

Believe in Happiness by the virtue of sacrifice and forgiveness.