Whosoever meditates on the Omniscient, the Ancient, the ruler of the whole world,

minuter than an atom, the supporter of all, of inconceivable form, effulgent like the sun and beyond the darkness of ignorance,

After talking about the person thinking about Him and about other beings at the time of death, Lord Krishna shifts His attention to the God and the nature of the Almighty. He describes the nature of Almighty in the following parts. He says that God is Omniscient which means knower of everything. He is the ruler of the whole World from the time immemorial. God is minute and he is smaller than an atom or even a particle, God is also of the form that can never be known to anyone, He is radiant like sun and He is beyond the darkness of ignorance, that means He is the source of all enlightenment.

Here we get all the forms of God. We know that God is the knower of all and the ruler of everything but here we get to know more about the nature of God. First is the size. Here Lord Krishna says God is smaller than an atom. In those days the smallest known particle is an atom. But after that we know about electron, proton and neutron which are smaller than atom. Then we have neutrino, glueon and photon which are the smallest and now scientists have discovered Higgs boson the smallest particle also called God Particle. God, according to Lord Krishna is even smaller than that because, we do not know what is inside Higgs boson and who created that. So, God is the tiniest and minutest particle in the Universe.

The other qualities of God is when God is present in even in the tiniest of particles, then can anyone know the form of God? God cannot be given any shape. So, we give different shapes to that power to worship. We make idols and worship Him in human form and even in animal form. But no one really knows the real form of God. God despite being inconceivable, has a radiation more powerful than that of the sun and the light which can any kind of darkness from this world. In the next part of the sloka Lord will tell us what happens to that human who meditates God. 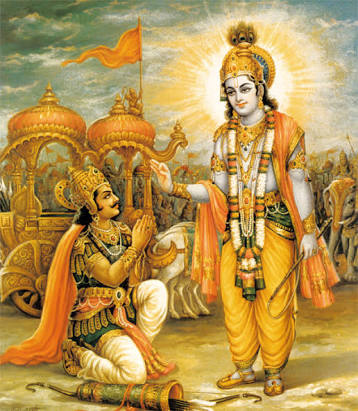 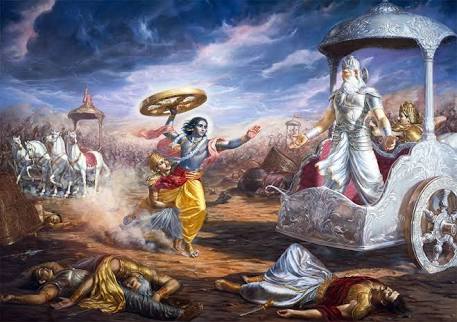